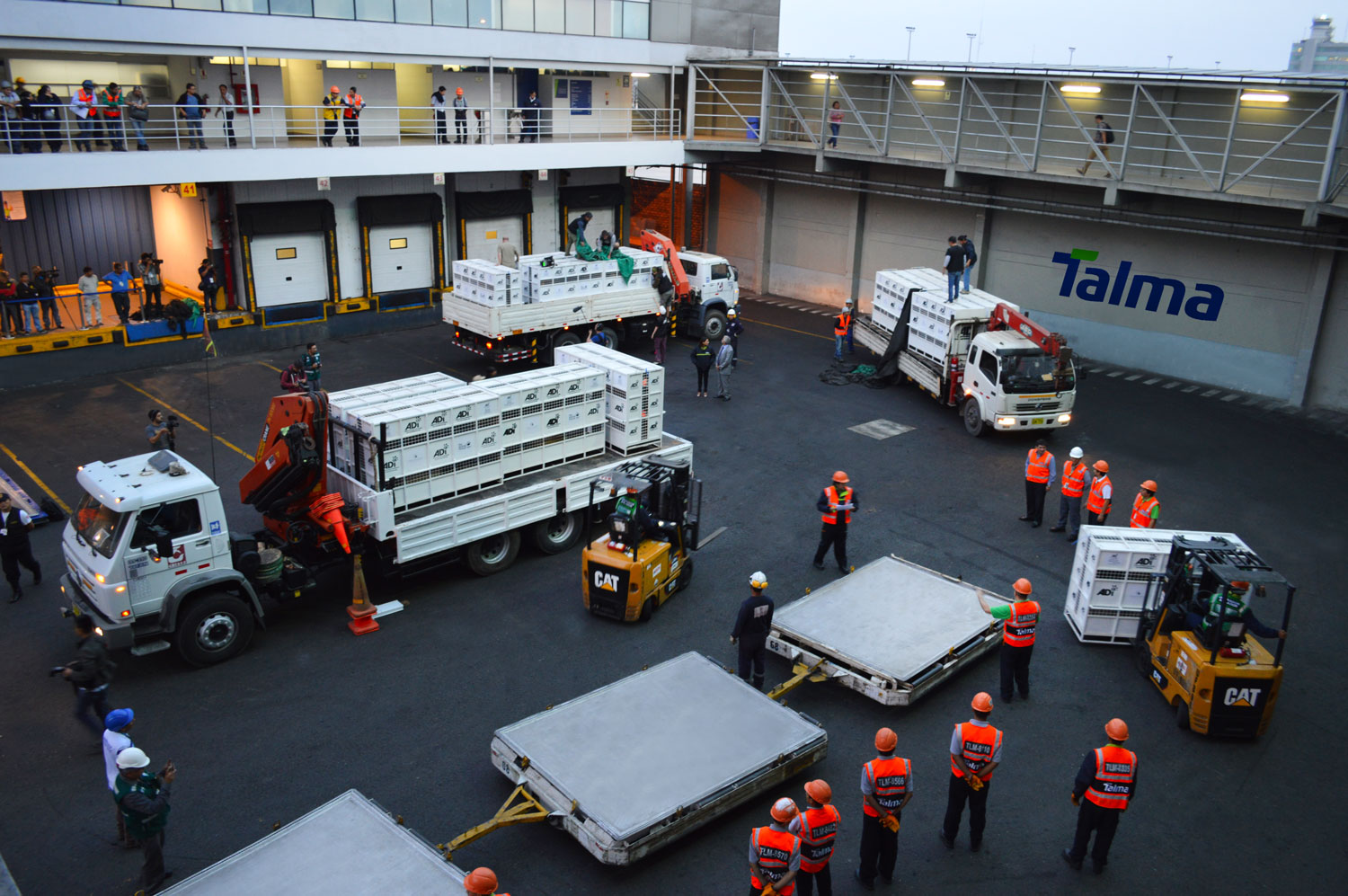 Talma managed a large operation where 24 lions were rescued from various Peruvian circuses by the NGO Animal Defenders International (ADI) were loaded onto a cargo plane to Johannesburg, South Africa, and from there Big Cat Sanctuary Emoya will be his permanent residence.

The rescue of these animals was made possible thanks to a joint effort between ADI and the Peruvian State in compliance with the law prohibiting the use and display of wild animals in circuses. Since requested his services for the shipment of the 24 lions, Talma began preparing for all staff and logistics system for such a delicate task named "Operation: Journey of the Lion King."

Although Talma has experience in the loading and unloading both domestic and wild animals, in its 24 years of operations Talma had never received 24 lions together, which meant a special challenge for its collaborators.

For this operation, the cages where the lions were transported were placed on special platforms (pallets) so they could be loaded on the plane, without generating greater impact on the animals. Also, to manage the operation, Talma selected a team of skilled workers who had been trained to do their special labours.